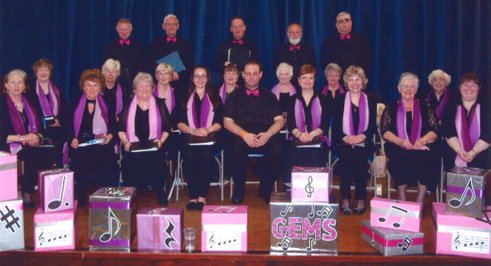 The Gravesend Entertainment & Musical Society choir has been performing at venues and raising money for charities around the Borough for more than 100 years.

We hold regular concerts at Christmas and in the Spring where we perform a wide range of musical styles, from operetta to movie scores and have a lot of fun at rehearsals.

As the name suggests, we are a Gravesend based Society and most of our concerts are performed in the North West Kent area.  What the name doesn't tell you is that no, we don't sing church music unless it is Christmas carols and most of the music we

sing is songs from musicals or popular songs from back in the 1930s right up to the modern day with usually a bit of Gilbert and Sullivan thrown in for good measure!

The choir presently has a concert season running from November to June every year.  Our principal rehearsal evening is a Tuesday, 7.30pm to 9.30pm.  GEMS choir rehearsals for the Spring Concert 2022 will take place at The Emmanuel Baptist Church, Windmill Street, Gravesend APART FROM the first Tuesday of the month when an alterative venue will be arranged.

As always, and like most other choirs and singing groups, we are always looking for new voices, especially you men out there.  Well, why not try us out for a couple of Tuesday evenings?

Some choir members cannot read music or sight read so there is no need for you to worry if you are the same.  Parts for different voices are taught line by line and everyone is very generous about helping each other learn their parts.  What we achieve at the end of the day is really very good, even if we say so ourselves! 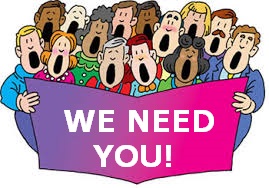 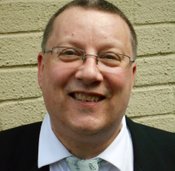 In 1987, Adrian started working in music publishing at Faber Music in the hire library, moving onto production, sales and finally editor. He worked with several leading composers during this time including Andrew Lloyd Webber, Malcolm Arnold, Stewart Copeland and Paul McCartney. In 2003, he moved to Universal Edition working in the sales department where he now runs the whole London office in conjunction with the head office in Vienna.

As an instrumentalist, after college, Adrian found getting work on clarinet and sax difficult, however, his bass playing by then had taken over. He played in several bands on a regular basis, including dep work and guest work with other bands including the BBC Big Band, Don Lusher Big Band and Thames TV Big Band. He also played for several West End Shows, including Phantom, Les Miserables and Miss Saigon to name but a few. After graduation, he also taught Jazz Improvisation at Henry Compton School as part of the Hammersmith and Fulham Adult Evening Education Scheme.

As a composer, Adrian has written a large body of music.  (You can visit Adrian’s website, www.adrian-connell.co.uk for a complete list.)  His music has been published by Edition Dohr (Germany), UT Orpheus Edizioni (Italy), Doblinger Musikverlag (Austria), as well as being available on Sheet Music Plus and Score Exchange websites.  Some of his arrangements have been included in the UK examination syllabuses with more being added for the next syllabus change for clarinet and saxophone on the Trinity College London Syllabus.

Adrian started his musical journey at the age of eleven at Henry Compton School for Boys, Fulham playing clarinet and saxophone in the school bands. At the age of 13, he also started writing arrangements for the school bands to play.  He also learnt bass guitar, playing this in the bands as well.  When he started studying O level music he encountered classical music for the first time.  He wrote a Rhapsody for Piano and Orchestra and then his First Symphony.  He went on to win the Hammersmith and Fulham composer competition in 1980.

Adrian then went on study at West London Institute of Higher Education for a joint BA Honours Degree in English and Music at West London Institute of High Education as he wanted to go into teaching.  He graduated in 1987 with a second-class honours degree majoring in composition and conducting, with an emphasis on orchestral and musical theatre in conducting.  However, he never did make it into the classroom!